Snoring, although typically looked on as a something to be joked about, may be intensely embarrassing for the snorer and intensely annoying for His/Her partner. For those with a sleep partner as many as 60% of couples involving a couple will sleep in separate rooms at least occasionally and often routinely. Snoring can be very effectively controlled with a correctly made oral appliance resembling an orthodontic retainer.

Snoring is often mistakenly thought to be a condition that affects only overweight middle aged and older men. Although this group are certainly more likely to suffer from snoring it may also affect those who do not fit any of these categories and in some is a result of the individual make-up of the airway with the result that it often may affect young and normal weight individuals.

Men are more likely to suffer from snoring than women at least before women reach menopause when their prevalence of snoring increases to near the same levels as in men. The prevalence in adult males varies between 15-65% largely dependent on age and excessive weight. 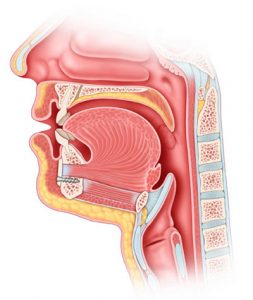 Snoring occurs when the soft tissue structures of the upper airway collapse onto themselves and vibrate against each other as we attempt to move air through them. This produces the sound we know as snoring. Large tonsils, a long soft palate, a large tongue, the uvula, and excess fat deposits in the throat all contribute to airway narrowing and snoring. Usually, the more narrow the airway space, the louder or more habitual the snoring.

The airway is essentially a soft muscular tube and as alcohol is a potent muscle relaxer after a few drinks there will tend to be a marked relaxation of the throat muscles making snoring more notable in most people. Growing older has a similar relaxing effect on throat muscles, which explains that as we become older we are increasingly likely to snore.

A nasal blockage such as when we have a cold will tend to interfere with airflow through the nose and this increased turbulence makes us more inclined to snore. However this often leads people to believe that nasal surgery will be advisable or helpful in reducing snoring. In most it probably has a minor effect and simply increases the underlying problem which is within the throat itself. So the use of nasal sprays and nasal strips may reduce the level of snoring but only in those with gentle snoring is it likely to eliminate snoring. Nose surgery may be helpful but unlikely to be dramatically useful in people with snoring problems.

People with very loud snoring are likely to cause considerable problems for their sleep partners and in some cases for those in adjacent rooms. Very often people are totally unaware of the extent of their snoring and are embarrassed and defensive when the issue is raised by an unhappy partner. Many heavy snorers will tend to wake themselves frequently in sleep with the resulting patchy sleep leading to daytime sleepiness. These people often feel they are very good sleepers as they will sleep for hours if able to in, order to try to compensate for poor sleep quality with increased sleep quantity. But even still they may confess to not feeling refreshed on waking no matter how long they sleep for. Daytime sleepiness can be a sign of a more sinister condition which a small proportion of snorers suffer from which is called Obstructive Sleep Apnoea (OSA).

It is important to realise that although as many as 65% of adult men are significant snorers, most of these will not have OSA. However all those with OSA are likely to be loud snorers.

Where snoring results from a partial narrowing of the airway with vibration of the tissue and a very turbulent airflow causing the noise, OSA is by definition a partial or complete temporary blockage of the airway with complete stoppage of breathing being the result. The breathing stoppage in many will be for much longer than they can hold their breath whilst awake and considerable breathing interruptions may occur as often as 60 times per hour. The result is that at times very little oxygen may be getting into the lungs. The brain, in order to get breathing restarted will cause a partial arousal from sleep to allow breathing to re-commence. With these regular arousals, sleep is very fragmented and of poor quality leading to daytime tiredness. The sleep partner of someone with OSA will often be aware of the results of prolonger periods without breathing, which result in loud gasping in an effort to get air into the lungs. There may also be violent tossing and turning and jerking of arms and legs at the same time. The prolonged holding of breath can be very worrying for the partner, who may be amazed that the person with the OSA is totally unaware of what was happening during their sleep

Common findings in those with Obstructive Sleep Apnoea:

Obviously some of these symptoms may occur in perfectly normal individuals and in isolation should not be considered a sign of OSA. However loud snoring with breathing stoppages for more than 10 seconds and daytime tiredness would certainly warrant further medical evaluation.

How do you know if you have OSA?

A self OSA test can be taken to give an idea of your level of daytime sleepiness. This alone is not enough to confirm a diagnosis but would certainly act as a strong incentive to see your doctor or a dentist with experience of managing OSA. 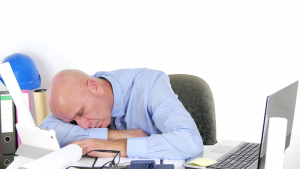 Since OSA is a serious medical condition, it must be diagnosed by a physician. Diagnosis is based on the results of an overnight sleep study, called a Polysomnogram (PSG). Other factors of determining OSA are patient evaluation and history.

Good sleep hygiene, weight loss, and exercise are some helpful OSA treatments a patient can practice on their own. However, medical and dental treatments include Continuous Positive Airway Pressure, Oral Appliance Therapy, and surgery and can all help you to stop snoring in Ireland. 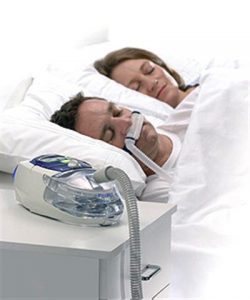 The air is delivered through a tube, connected to a mask, covering the nose. The force of the pressurized air splints the airway open. The CPAP opens the airway like air into a balloon; when air is blown into the balloon, it opens and gets wider. This is exactly how CPAP clears the airway.

Treatment of snoring, although simple is only carried out where the possibility of a significant level of OSA has been ruled out by assessment by a medical sleep physician or a dentist with suitable experience and training.

Many will have tried the various snoring remedies advertised on television and in the press. These are generally of little or no benefit where the level of snoring is any more than mild or occasional. Losing weight in those who are overweight can be effective if not easily achieved. Snoring and OSA have probably been a feature of mankind as long as we have been around. It was however only in the late 1970s that OSA was understood and treatment with a pressurised air breathing system called C-PAP (continuous positive airway pressure) was commenced. In the early 1980s dentists started to use oral appliances to achieve similar effects to C-PAP initially only to treat snoring, but thereafter to treat some cases of OSA. Oral appliance therapy has been slow to gain recognition in Ireland, where a very small number of dentists have the experience to provide and monitor appliance use. In the USA there are currently over 2,000 members of the American Academy of Dental Sleep Medicine (AADSM web site: www. AADSM.org). These are dentists who are actively involved on treating patients on a daily basis with oral appliances for snoring and OSA.

Regulations in the USA mean that any appliance used to manage medical conditions must be approved by the FDA and duly registered as suitable for the intended purpose. There are currently over 50 designs of oral appliances registered with the FDA for management of snoring and OSA.

Surgery is advocated by some as a treatment for snoring and to a lesser extent for OSA. Most surgeries involve the removal of the uvula and soft palate (the floppy area at the back of the roof of the mouth or palate). It is thought that in 50% of snorers these areas are the sole cause of snoring and in those only, its removal may eliminate snoring. However adequate evaluation of those who will likely benefit is not reliable meaning that probably no more than half undergoing this very painful procedure will no longer snore. Its use consequently in Ireland has largely been discontinued in favour of simpler more effective treatments such as oral appliances.

More complex surgery is close to 100% successful but is usually reserved for very severe cases of OSA who cannot be controlled with other methods.

A new procedure called the pillar procedure involving the surgical insertion of plastic â€œstiffenersâ€ into the soft palate. This would be regarded as a refinement of more conventional soft palate surgery and is probably somewhat less effective and again with at most a 50% success rate